The University of Chicago Press opened for business in 1891, and quickly began turning the Professors’ hand-written manuscripts into published material. In order to facilitate this process and avoid stylistic inconsistencies, the Press published the Manual of Style: Being a compilation of the typographical rules in force at the University of Chicago Press, to which are appended specimens of type in use— in 1906, which came to be known as the first edition of The Chicago Manual of Style. Now in its sixteenth edition, the Manual has become the standard for scholarship in the academic fields labeled the Humanities, most notably History and the Fine Arts. Students in these fields are often required to write academic essays in “Chicago Style” or “Chicago Format.” It is important to note that the style known as “Turabian” is a version of Chicago Style that was created by Editor Kate Turabian specifically for undergraduate students.

There are two versions of Chicago Style citation: Author-Date and Notes-Bibliography.

Some key features of a Chicago Style research paper include the following:

A cover page with the title of the paper, author's name, course title, and date (month day, year).

Times New Roman font, size 12 with double-spaced lines and one inch margins all around.

Page numbering in the top right-hand corner of each page. The cover page does not have a page number; page 1 is the first page of writing beneath the cover page.

A bibliography page labeled "Bibliography" with data for all sources footnoted in the paper.

Notes (either endnotes or footnotes) allow the writer to give credit to a source with minimal interruption in the flow of the text. The notes are numbered and correspond to a superscript number in the text where the source information is written.

The first time that a source is referenced, a full note is written. Any subsequent notes referring to that source are written in a shortened version (examples provided). If the same source is referenced twice in succession, the word “ibid,” which is short for the Latin ibidem meaning “in the same place,” is used instead.

A bibliography is a full list at the end of the document of the sources that have been referenced within. It should contain all the pertinent information for a researcher to locate and retrieve the cited text, artwork, video, etc., and should be organized alphabetically by the primary author’s last name. You can see an example of a bibliography in the template on the right side of the page.

Here are examples of bibliography entries for common types of sources (the same as those above in the Notes section).

Bouman, Katie. “How to Take a Picture of a Black Hole.” Filmed November 2016 at TEDxBeaconStreet, Brookline, MA. Video, 12:51. https://www.ted.com/talks/katie_bouman_what_does_a_black_hole_look_like.

Resources from the Writing Center

Links to Outside Resources 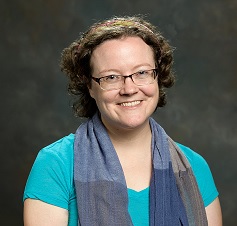