Make a Gift to TU 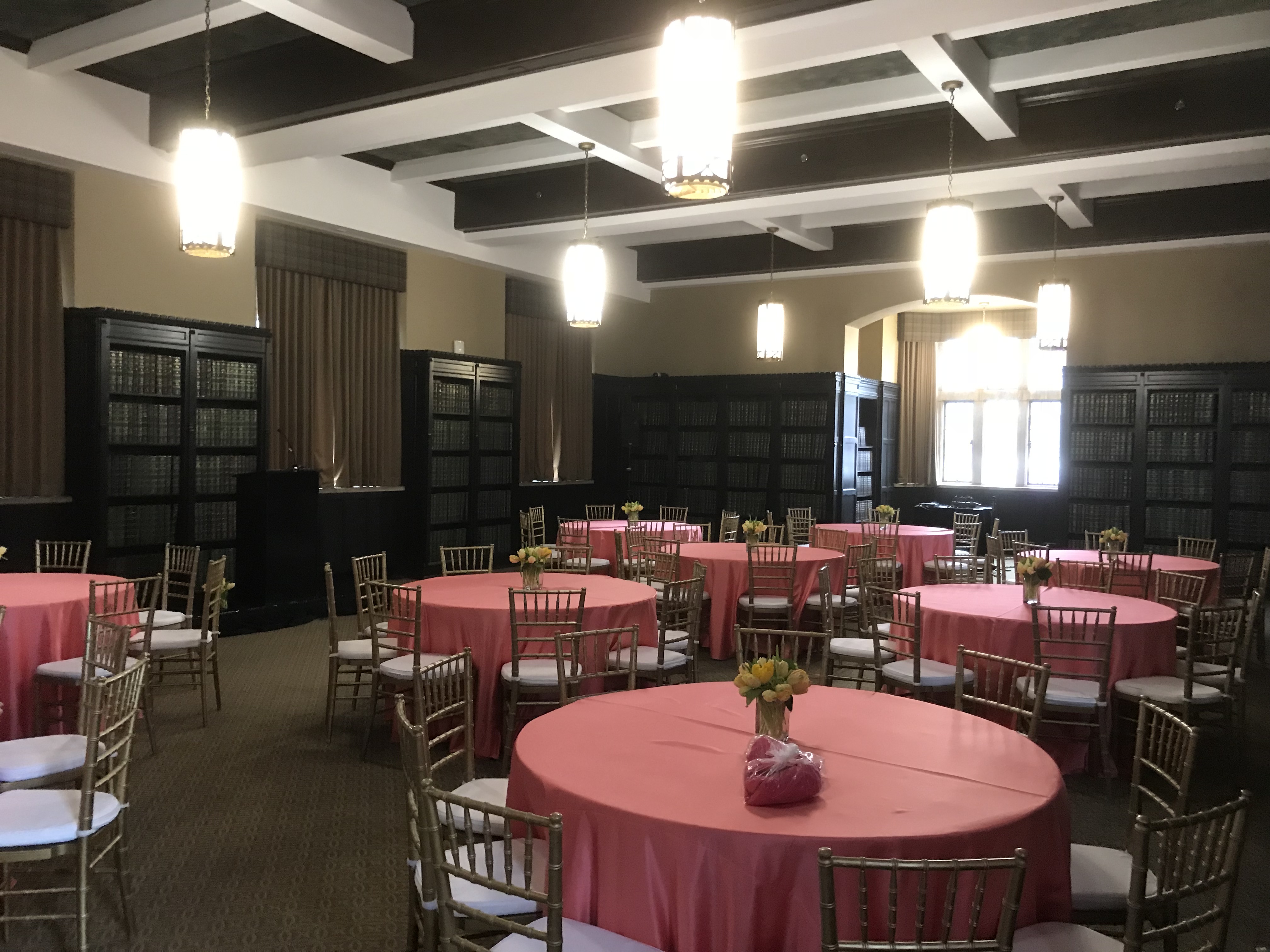 The McFarlin Fellows, established in 1992, is the oldest currently active giving society affiliated with McFarlin Library. The members have generously chosen to support the growth of the library’s Department of Special Collections and University Archives with an annual commitment of $2,000. In doing so, they highlight and encourage intellectual development in the Tulsa community. These donations are used to acquire rare books and manuscripts and also support an annual lecture series that features significant scholars and authors of the day.

Why We Need Support

Although university funding covers the costs of staff and overhead, it does not provide funding for Special Collections acquisitions. These are funded solely through gifts to the Library. But success in acquiring desirable manuscripts, rare books, and other materials, and building a prestigious collection needs more than generosity. Success actually requires:

Special Collections works with a small number of respectable book dealers who have our collection interests firmly in mind and with whom we have worked for many years to cultivate a reputation for reliability and alacrity. By having dependable funding and responsive support, we can continue to maintain these relationships and continue to build and expand both our collections and our prestige in the academic community.

The McFarlin Fellows support the University of Tulsa’s rare book, manuscript, and special collections with an annual contribution of $2,000 or more.

The Ben Graf Henneke Society is a level of giving intended to help bring in speakers of note for the Fellows dinners.

For information about joining McFarlin Fellows, please call the Office of University Advancement and Alumni Engagement at 918-631-2561.

The rare book and manuscript collections at the University of Tulsa have always enjoyed strong support from the Tulsa Community. Much of this support has been from people who are interested in literature and history. In the 1940s, the Tulsa Bibliophiles, a group of book collectors, developed an extensive collection of Walt Whitman materials that later, along with many of the members’ personal libraries, was given to McFarlin Library, establishing the University’s rare book holdings for American and English literature.

Over the next 50 years, there were a number of short-lived library groups that continued to support the special collections and rare book holdings at the University of Tulsa through gifts of materials and financial donations.  In 1992, then-Provost George Gilpin and his wife Professor Hermione de Almeida, along with Curator of Special Collections Sidney F. Huttner, began to gather friends and acquaintances who were interested not only in supporting the needs of the Special Collections Department, but also in enriching the intellectual community of Tulsa. After a few test dinners and speakers in the Gilpins’ home, the McFarlin Fellows was firmly established, and the first official dinner with a speaker was held in October 1993.