Information from the Federal Censuses of Oklahoma in 1910 and 1920. 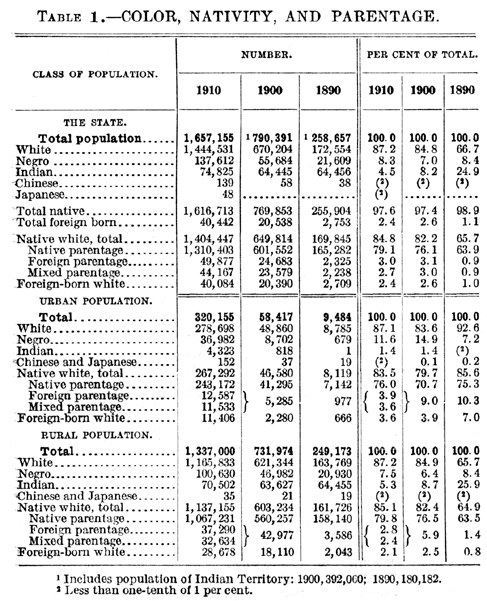 Sex, For the State and Principal Cities 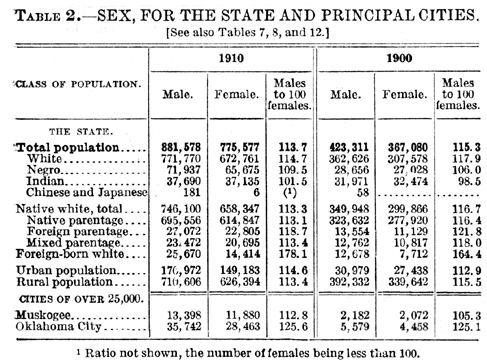 Native Population, Distinguished as Born in State or Outside State 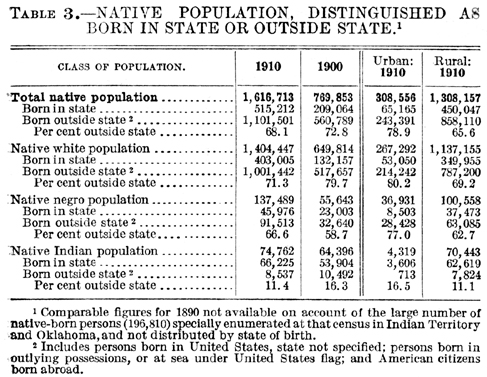 State or Division of Birth 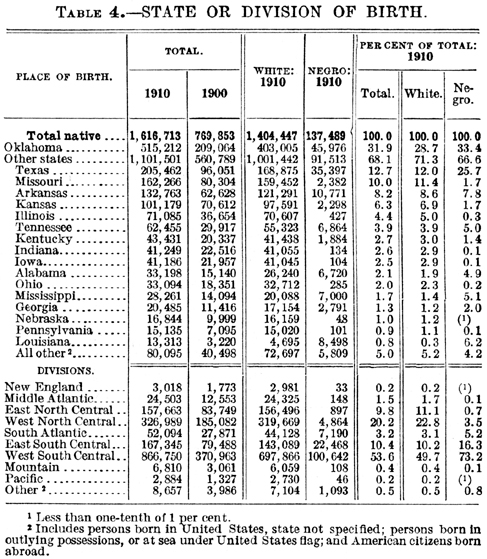 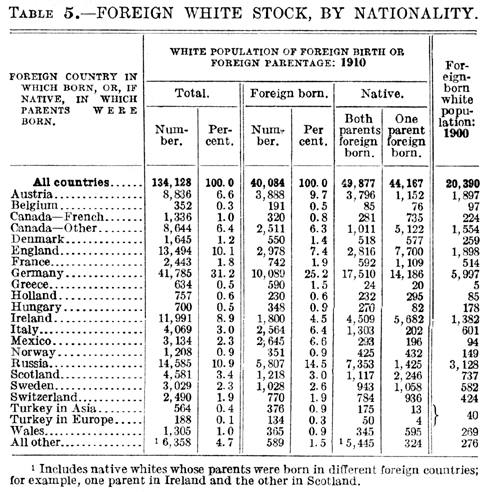 Males of Voting and Militia Ages 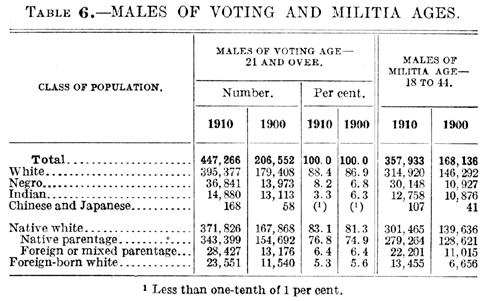 Age, For the State 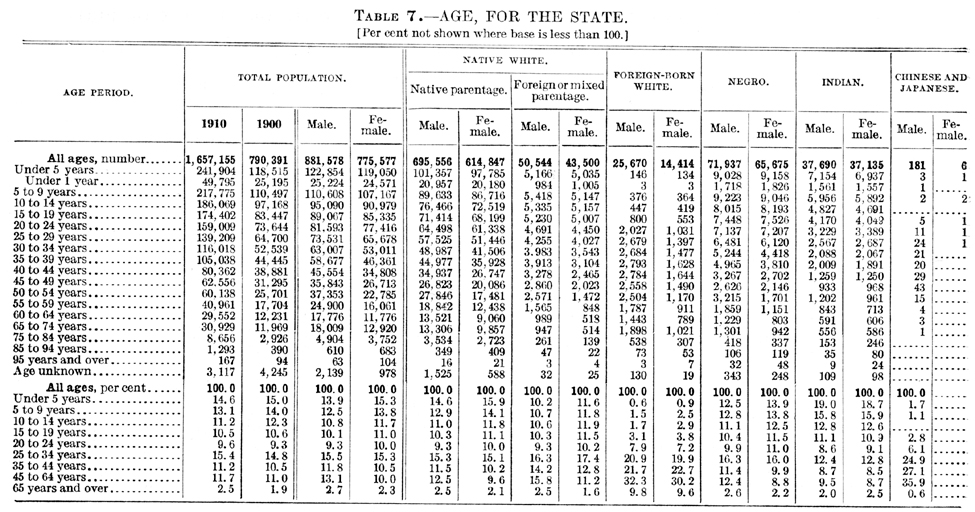 Age, For Urban and Rural Population

Illiterate Persons 10 Years of Age and Over

Marital Condition of Persons 15 Years of Age and Over 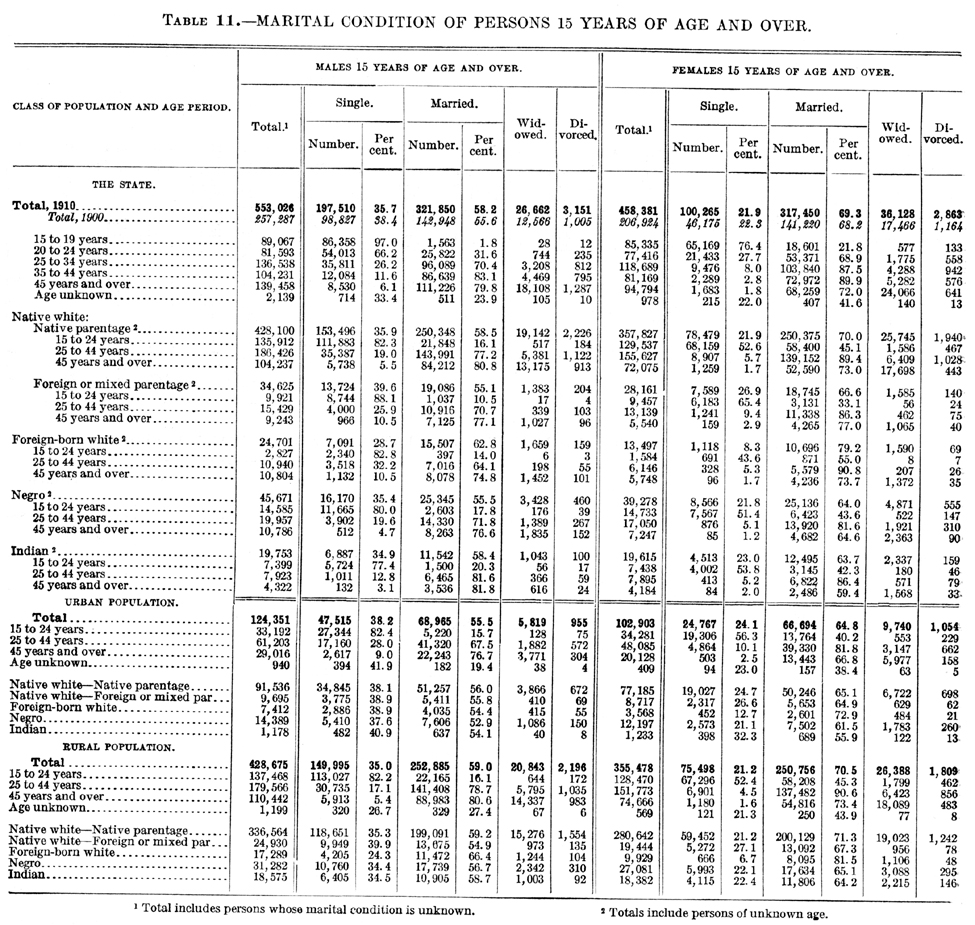 Marital Condition, For Cities of 25,000 or More 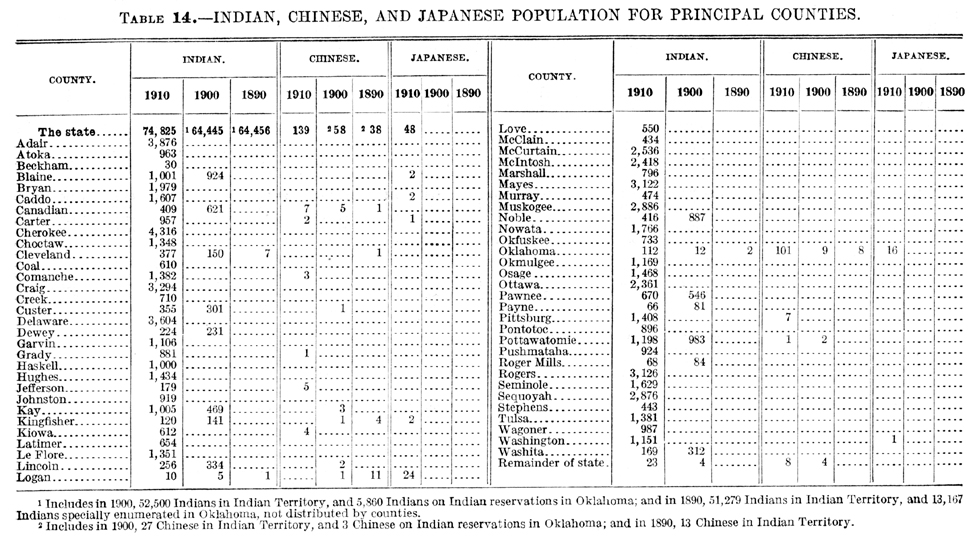