Information from the Federal Censuses of Oklahoma in 1910 and 1920.

Per Cent of Increase or Decrease of Population of Oklahoma By Counties: 1907-1910 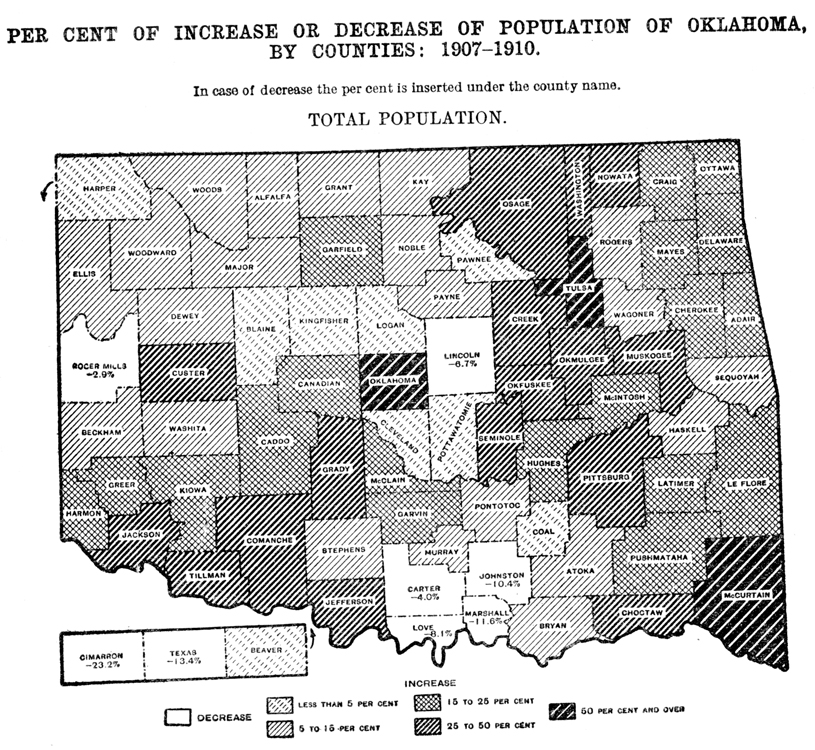 Density of Population of Oklahoma, By Counties: 1910